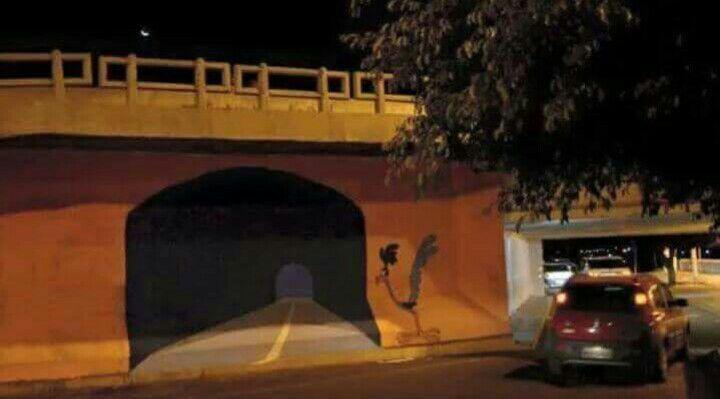 The City Council of Santa Fe (New Mexico)  decided to create murals to embellish the city walls, so, they comissioned it to some institutions and organizations.

Five organizations were responsible to embellish 24 walls in different parts of the city. One of them painted one of the walls with a typical cartoon image, in which the roadrunner is on front of a false tunnel. That mural  was a great mistake, and is going to be repainting soon, because has caused 16 traffic accidents in less than a week. Apparently the mural has been painted in a realistic way, so the drivers believed that they really were in front of a tunnel.

Fortunately, no serious accidents happened, but The City Council will have to pay so much money to repare damaged cars because of the mural.