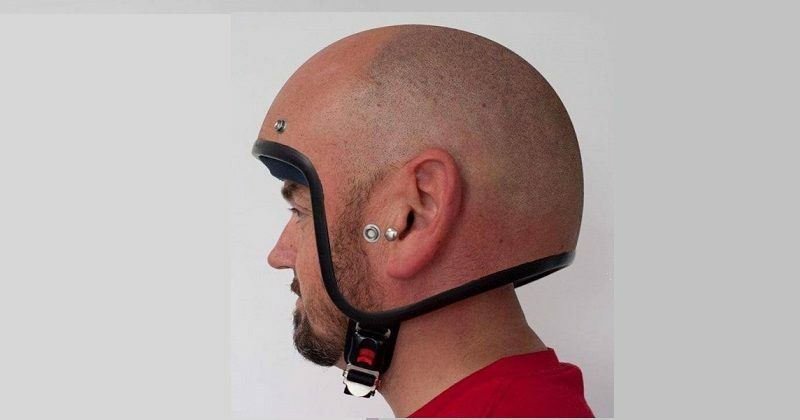 Las week a 24 year-old youngster from Manchester was stopped by a police control when he was riding his motorbike down the highway.

The police officers made the young man stop because he was apparently riding his bike without wearing a helmet. But he did wear a helmet. A specially designed helmet painted like if it was a bald head, in such a way that he looked like if he was not wearing any. When the officers checked it closely and got surprised, the youngster started laughing at them saying ‘you took the bait!’. They took it as an offense and that they had been tricked. They arrested him inmediately under the charge of disrespecting them.

The youngster begged forgiveness several times but it didn’t work. His motorbike was blocked and he was taken to the police station for filling in a report.

Finally the young man will face a sentence of 14 months in prison and a 2500 pounds fine.