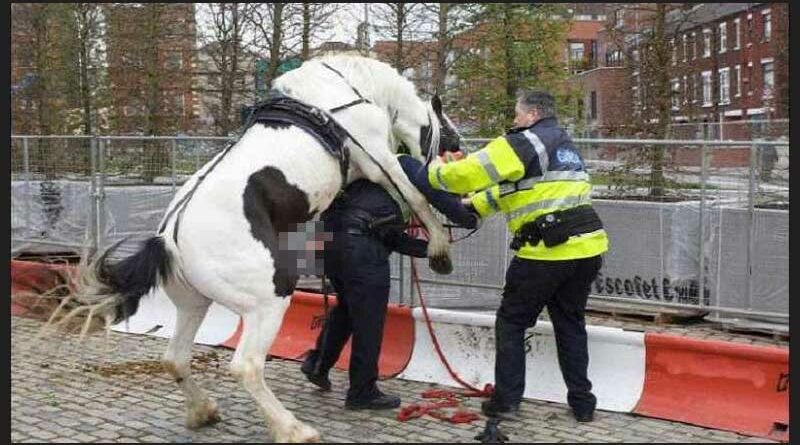 A policeman has been admitted to hospital yesterday afternoon at the Lenox Hill Hospital in New York after being badly beaten by a horse in preparing of Three Wise Men’s day parade celebrated at the New York City.

The policeman was ordering the traffic for preparations for the holding, until a horse which it would be taking part in act, just went at him in a sexual way. In spite of the fact that several colleagues tried to pull it off him, they didn’t make it. So they had to think the alternative. Finally they had to look for a mare which could seduce the horse and finally take it out of the police.

Luckily, the policeman is progressing well and he will be discharged for the next few hours. The incident was a shock and the Three Wise Men’s day parade could continue without too many problems.